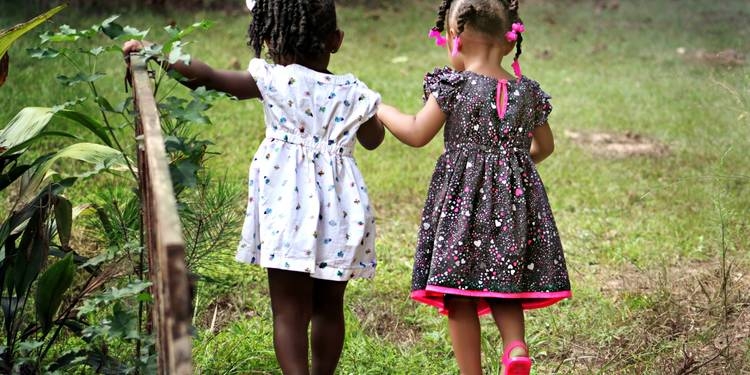 I knew that Ari had a strong character, but you never really know to what extent as a parent until your child is around other kids. She has been to crèche before lockdown so I am confident that she can relate to other kids who are around her age. We recently had the opportunity to travel to her granny’s which had more people and kids.

Interacting with other kids

Being around so many people highlighted so much in my girl. She is two years old and yet she feels confident enough to express her way with her older cousins. She went to the extent of saying “No”, with a finger pointed at the person with a very serious frown. And always happy to defend her cousins from whoever was not being fair in her eyes. She has some Sass in her and a great public defender for her loved ones.

When her cousin who is five years pulled her into the kitchen for them to do some “exploring” - I say this because they were definitely up to no good. Being a mom to a toddler you constantly check where your little human is at all times because five minutes is enough for them to bring the whole house down. I got to the kitchen after a solid ten minutes and found Ari chewing with her mouth and clothes covered in powder. She could not explain what she was eating and her cousin would not blow their cover. After sniffing her for clues and finally tasting what it could be I discovered that it was powder milk. What surprised me the most was how Ari was not pleased to see me enter the kitchen she even tried to bang the door in my face, she understood that they were being naughty and NO adults were allowed while they do so - my girl was committed to the adventure.

Ari with her tricks

She has become resourceful with her craft, we found her standing on a plastic bowl using it to elevate herself to gain access to the counter. Between ducking punches, scratches, a few kicks and the screaming for no reason two years is a delight!

Stopping fights between your child and other kids and remaining unbiased is the single hardest thing to do as a parent because you need to be fair and understanding to the kids and yours as well. And you find yourself faced with the realization that your child can be wrong, your child can be a monster that terrorizes others, they can be innocent sweethearts or they never turn out to be the angels we create in our heads. The trick is to be objective at all times, which sounds easier said than done. Ari being around other kids who were mostly older than her was a tricky situation for me; firstly, this was a first for me. Secondly, my Ari was sometimes at the wrong for some of the disagreements. She was the youngest child at two years, with the next children being four years, five years and then teenagers. Keeping a cool head is the secret.

The terrible twos are real and alive! Ari has us on our toes constantly hoping she would just stay calm enough for us to have the energy for the next tantrum. She thinks she is our boss and walks around grabbing whatever she wants from whomever and expecting us to just fall in line. I give in to her tantrums sometimes because I cannot handle ten minutes of rolling on the floor, banging her head and screaming her lungs out.

My parenthood tips to you;

A great article from Scary Mommy, which highlights how much the world needs kindness. The mom in the article teaches and encourages her kids to show kindness while doing an act of kindness. Being a first time Mom can be tricky at times with all the amounts of advice you get on how to raise your child, how to discipline them, what to teach them and the number of experiences that other Moms will share with you. It can get overwhelming trying to find your voice and establishing your rhythm amongst the many voices around you.

And I understand more than anyone how being a mom can be, and sometimes I wish someone could whisper in my ears how much of a good job Hubby and I are doing but honestly whatever we portray and teach our Ari in the way we do it has to be the best way...Our best and nothing can surpass that!

An Intimate Birthday Surprise For Him

The terrible twos - Our version Tags

Becoming a mother has changed me a little

Celebrating Christmas during the Pandemic

I'm a mom of a spirited toddler